Moldova is a pretty undiscovered touristic destination from Europe. Due to its economical and political instabilities from the last 2 decades, the lack of Mountains or Seas, Moldova is trying nowadays to attract the tourists with its wine cellars, gastronomy and the traditional countryside.
So what you might want to visit when in Moldova is of course the world well-known underground wine city - Milestii Mici. Here you will see almost 2 million wine bottles in underground cellars of almost 200 km length. Nowadays, just 55km are open for the tourists to visit. Here you will need a car in order to make the tour through the cellars. Milestii Mici Cellars are included in the Guiness Record Book for the largest wine cellar in the world.
Other important wineries to visit in Moldova are Cricova, Purcari, Chateau Vartely, Asconi, Castel Mimi ( more here: https://www.winerist.com/magazine/travel/7-top-mol... )

Orheiul Vechi Monastery.This is a 13th century Monastery craved into limestone cliffs inhabited  today by couple of monks. Here you will discover a natural and historical complex on Raut River. After archaeological mining in the area, there were found cultural layer from different eras, such as Paleolithic and Iron Age. This monastery is the oldest in the country.
Down the hill is Butuceni village where you might admire some traditional moldovan houses from the 19. century.
Soroca Fortress is a medieval fortress built in 1499 by Stefan cel Mare (Stephan the Great of Moldavia). Initially it was built out of wood, afterwards build out of stone with rounded walls , as a protection against the Turks invasion. Being on the Nistru  riverbank, close to the Ukrainian border, Soroca fortress was later on an important customs point for the country. Even nowadays the fortress is in a very good condition and represents one of the touristic attractions of Moldova. When visiting Soroca, we recommend you to take a walk on the Gypsy Hill. Here you will find one of the biggest gypsy community from the country and will be impressed be the architectural design of their houses, their lifestyle and their music.
Chisinau- capital of Moldova. Founded back in the 16. century, as a small province of Moldavia, nowadays Chisinau is the biggest city in the country with a population of more than 500,000. Unfortunately, the city was massively bombed during the Second World War and lost beautiful architectural monuments mainly built in the 19. century. During the Soviet times, the city was rebuilt with typical Soviet street system, architecture and monuments. But the Mayor Building, the National Theater building and the Casino- all  have been restored according to their initial design. Today Chisinau is the most important political, economical and cultural center of the country, with the most number of museums, universities, factories. More about the city you might find at the Museum of Chisinau, a former water tower rebuilt in a museum.
Manuc-Bey Mansion – represents a castle in French style, build by the Armenian merchant and inn-keeper  Manuc-Bey during the Ottoman Empire. At the Mansion you will see the hunting houses, the winter garden, the watch towers, a museum about how the purpose of the Mansion changed according to the new political regimes.

If interested in Monasteries and Churches, here is a list of some important ones from Moldova:
Saharna and Tipova Monasteries (built in the beginning of the 19. century, surrounded by beautiful rock cliffs and the Nistru River),
Curchi Monastery- The monastery has a rich religious and cultural past spanning more than two centuries. It was founded in 1773-1775 and became one of the richest, most beautiful, and largest monasteries in Moldova,
Noul Neamt Monastery -was founded in 1861, when several monks from the Neamț monastery left and founded Noul-Neamț in Chițcani village.  The founding of the new monastery was a protest against the measures taken Romania to forbid the usage of Slavonic language in worship. 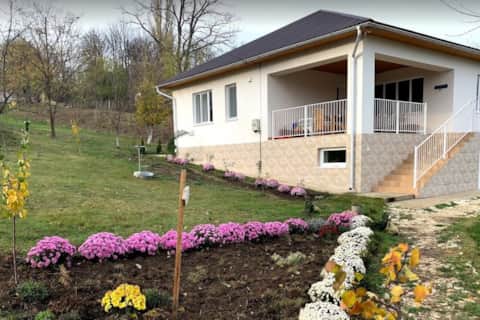 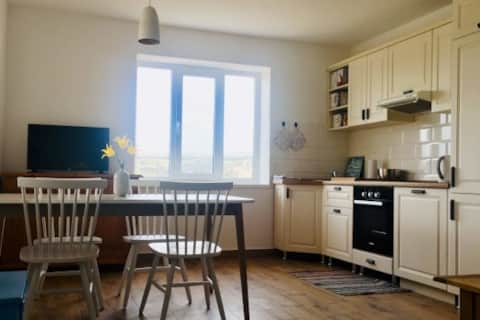